Just added to your cart

Mental health during the pandemic:

The early stages of the pandemic and the ensuing lockdowns were hard on all of us, in different ways:

and many other challenges severely affected the mental well-being of many people around Canada and the world.

Yet here we are, a year on.

How are we coping?

The MENTAL health effects of COVID-19 have been devastating

The mental health of people across Canada (and the globe) took a critical hit. Many folks from our Gravid community spoke about the stress and anxiety that came with the first waves of lockdown.

They were worried about the emotional impact that the loss of loved ones would have on themselves and on their friends and neighbours. Many found it hard to cope with the grief and isolation, and others found it hard to deal with job loss and financial insecurity. 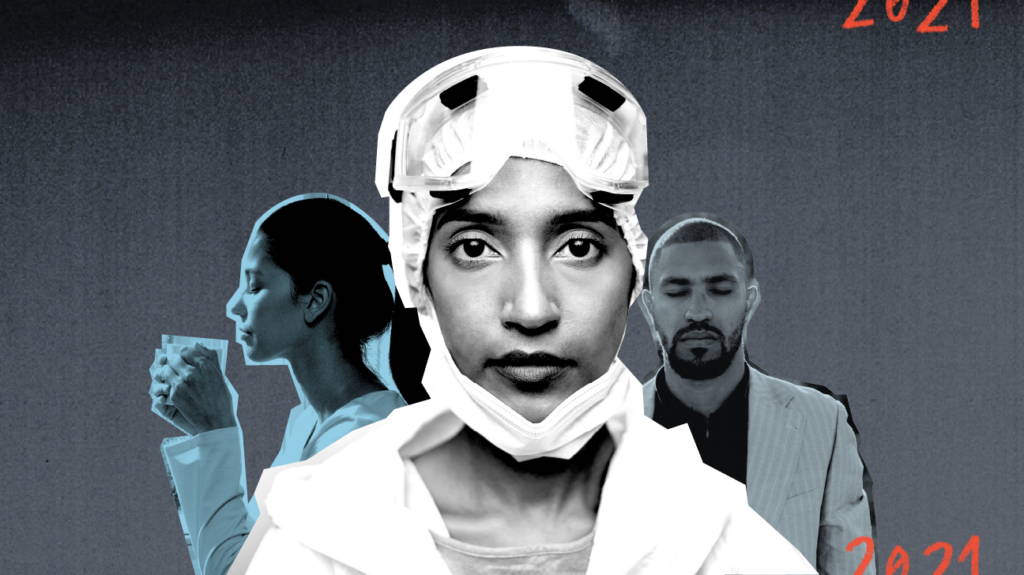 Where we were a year ago...

The pandemic has forced essential workers to expose themselves to the virus, while others have benefited from working from home.

At the start of the pandemic, some people enjoyed more relaxed lockdown measures (depending on which Province/City they were in), while others felt safer through strict self-isolation.

Studies confirmed this. A small but worrying survey from March 2020⁽¹⁾ revealed increased alcohol and cannabis use. They likely turned to these substances in an attempt to relieve their pandemic-induced anxiety and depression.

The same survey found that a whopping 38% of people were feeling tired or lacked energy, 36% were having sleep disturbances, and 25% were feeling down, depressed, or hopeless.

Around 24% of respondents also reported having difficulty concentrating, 43% felt nervous, anxious, or on edge, 36% reported not being able to stop worrying, and 35% said that they were finding it hard to relax.

Other studies⁽²⁾ with larger population samples found similar results. Of the participants, 25% said that their anxiety and depression during lockdown got significantly worse, and 37.5% met clinical criteria for generalized anxiety, depression, or health anxiety at the time (April 2020).

A year ago, however, there was also hope. Hope that, on a mental health level, the pandemic would allow us to slow down, be more mindful, and have more time to reflect. 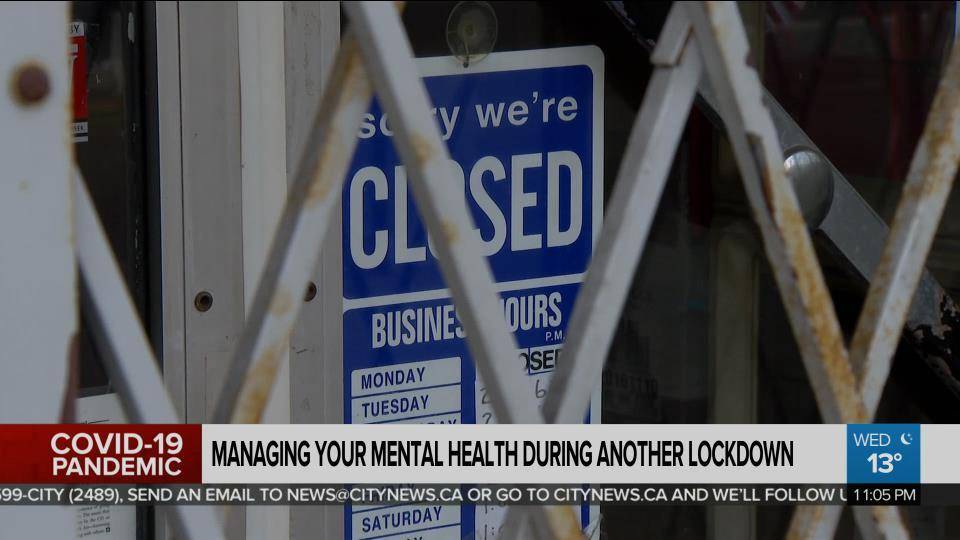 WHERE ARE WE NOW?

So, a year later, have any of these hopes materialized? Has the pandemic had any benefits for our well-being, or are we all worse off across the board? How have our mental health and well-being evolved and changed compared with this time last year?

Scientists are analyzing huge datasets to track the impact that pandemic control measures have had on people’s mental health. Although the full picture has yet to become clear, we can discern its early contours — and the overall first impression is looking rather bleak.

Scientists are starting to see a global “surge” in depression. According to a December 2020 survey⁽³⁾ by the Census Bureau, 42% of people in the country reported symptoms of anxiety or depression that month. This was a huge increase from the 11% they recorded in 2019.

Another study⁽⁴⁾ found that cases of depression have tripled over the course of the pandemic.

Onre more study⁽⁵⁾ that looked at residents in the U.S., U.K., Australia, and Canada found a 14% increase in anxiety as a result of the pandemic.

An important thing to note is that the pandemic seems to have affected older adults’ mental health less severely, compared with that of younger adults. 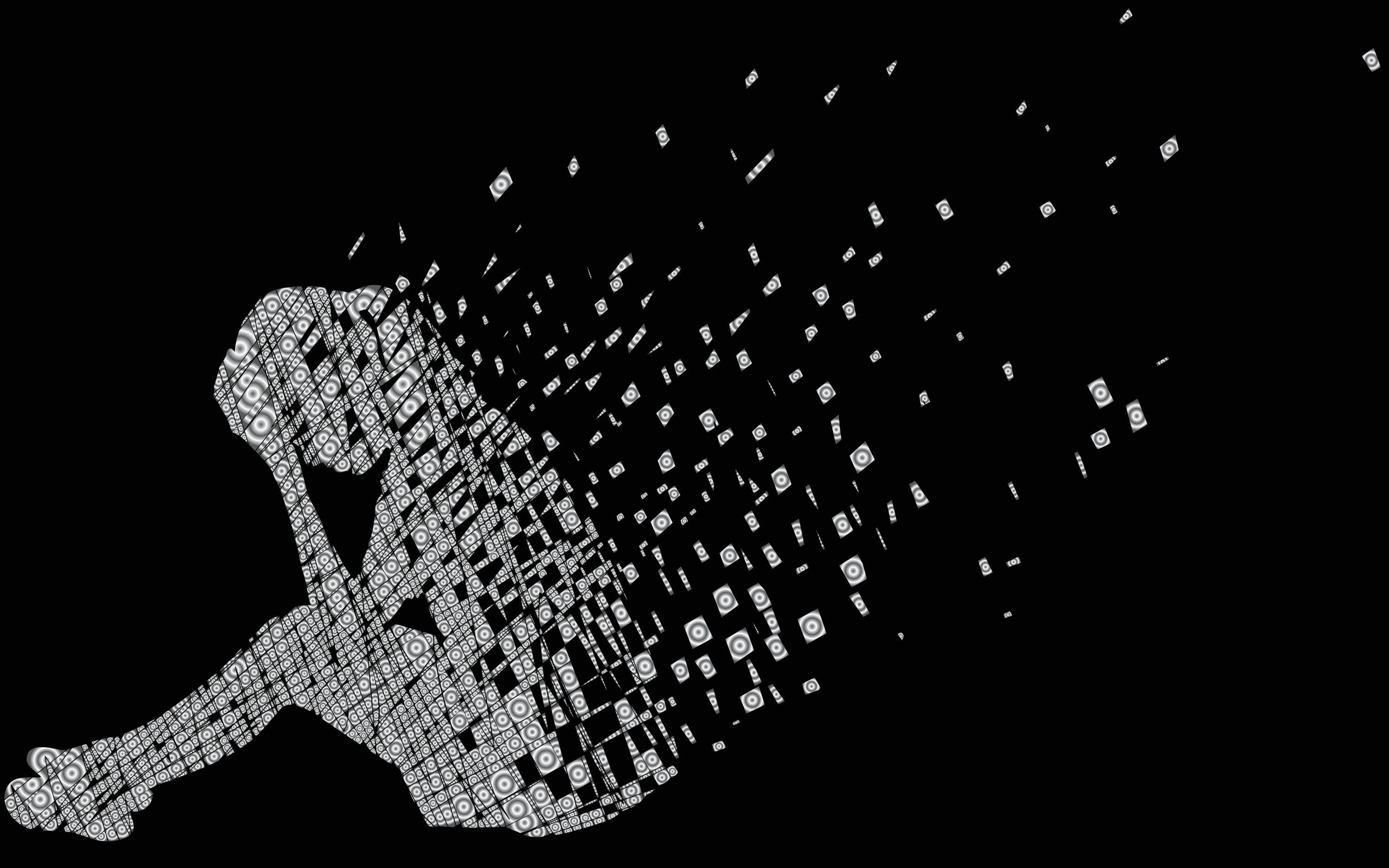 from a mental health perspective, things have indeed worsened rather than improved since the early days of the pandemic.

When explicitly asked if things had gotten better or worse, here's what people had to say:

“At this stage, worse. While I’m hopeful about the vaccine bringing positive change, the way people have decided that the virus is no longer an issue is a cause of stress. Add in the other challenges that have arisen over the [past] year, and the stress is amplified.”

“Much worse. I’d say my mental health has slowly declined over the past year.”

“I am feeling much worse a year on, hands down.”

Interestingly, some folks have pointed out that resilience is not necessarily protecting them from the adverse mental health effects of the pandemic. Even though they feel stronger, that does not make them feel emotionally better.

“I feel I’ve become stronger mentally but have had to overcome stress and loneliness in a way I never would have imagined. [I feel] stronger, but certainly more weary! My mental state is worse overall.”

“The one positive that I can acknowledge 1 year on is that I have a newfound respect for myself and more confidence in my own abilities: I have made it on my own through a very isolating, difficult, anxiety-inducing time, and I remind myself of my own strength every day.”

Others reported feelings of emptiness and indifference at this stage. “I mostly feel sort of numb,” one reader said. “I feel like I go through each day on autopilot,” they added.

Another person noted that they feel “removed” from other people.

Many Canadians echo feelings that surveys documented at the start of the pandemic and report that these feelings have amplified. They note a lack of concentration, lack of energy, difficulty sleeping, and unhealthy eating habits.

“I’m exhausted all the time. It’s an emotional exhaustion. That being said, falling asleep is a challenge most nights because it’s the first time in the day when nobody is there, expecting things from me, and my brain begins focusing on every problem, question, or concern I pushed to the side in order to make it through a workday and parenting the children.”

“I have been having sleeping issues,” Sherri noted. “I have some nights where I just lie awake, which I rarely had before. Other times, I wake after a long sleep but still feel exhausted, despite not doing much during the week.”

Many Canadians mentioned a lack of restorative sleep. “I don’t sleep less, but my sleep is of poorer quality, and I often don’t feel restored in the mornings,” says Dennis from Georgetown, ON

Researchers have expressed worry that some of these adverse mental health effects may linger after we come out of the pandemic. “I don’t think this is going to go back to baseline anytime soon,” clinical psychologist Luana Marques — from Harvard Medical School in Boston, MA

Of course, for some people, the baseline was already quite low. This makes things more worrying for them.

“I have experienced exceedingly high levels of anxiety. Older concerns I used to have have come back and seem more overwhelming than ever,” says Sophia from Mississauga, ON.

“I’ve always been a relatively anxious kind of person, but that aspect of my personality has really come to the fore. I am constantly on edge. I no longer find joy in the things I used to love, and my go-to emotion is panic.”

We do not carry large expenditures and we maintain very low overhead. After paying our staff and office expenses, we re-invest our profits into new inventory and product design.

🇨🇦 We want all Canadians to have a reprieve from the barrage of regulations, policy changes & headlines that hit so fiercely every day.

It comes with a 100 day guarantee. If it doesn't work for you, ship it back for a full refund of your purchase price.

Get some rest, you deserve it.
We'll get through this together.
- The Team @ Gravid.ca 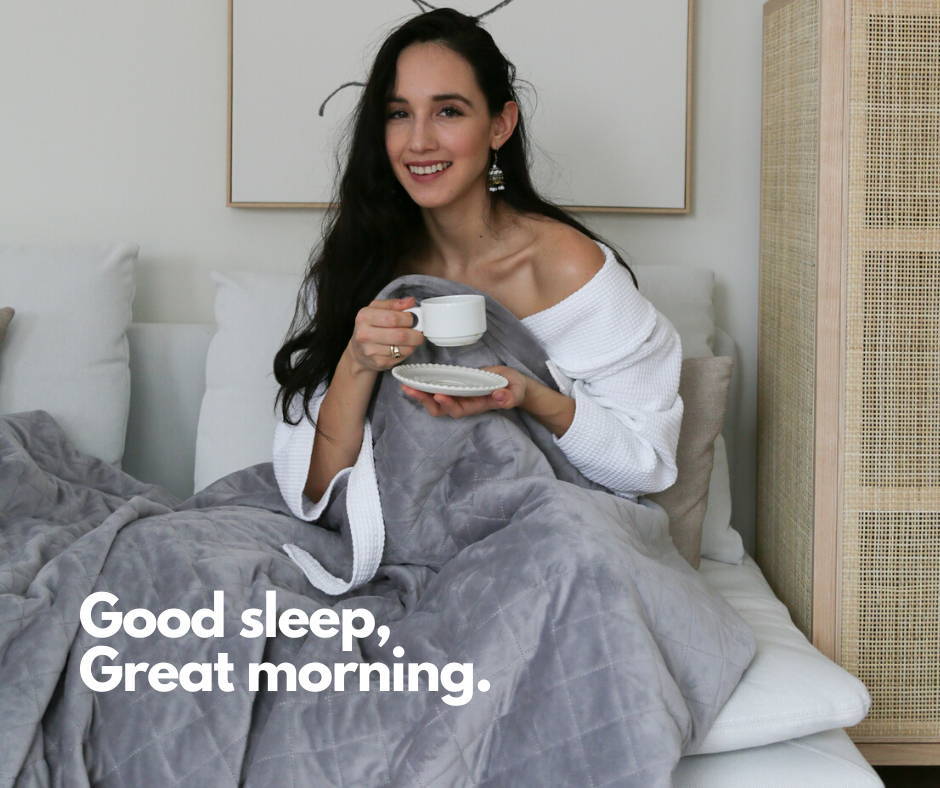 This weighted blanket is delightfully designed and serenely soothing. Revitalize yourself with Gravid 3.0

Switch between your EcoBreeze Cooling Cover and MicroPlush Sensory Cover for year-round comfort.

The EcoBreeze Cooling Cover boasts end-to-end cooling. Both the inner weighted blanket and outer cover are made of 100% eucalyptus-derived Tencel™ Lyocell which never traps heat. Stays cool for the entire night.

The MicroPlush Sensory Cover offers a complete calming effect that best mimics a cozy hug. The cover features a beautiful quilted design and is made of premium 240-gsm microfibre, making this the softest blanket you'll ever feel.

What weighted blanket is right for me?

Sharing with a Partner

ZipperTech™ Attachment SystemGoes around the full perimeter of your blanket to keep your Gravid 3.0 Weighted Blanket perfectly attached to its cover. No sagging, no bunching.

Eco-Friendly, Sustainable Fabrics 🍃Gravid 3.0 and the EcoBreeze Cooling Cover are made of Tencel™ Lyocell which is naturally-derived, sustainable and biodegradable. You're taking care of yourself and the environment!

Easy to CleanThe Gravid 3.0 Weighted Blanket and its covers are machine-washable & dryer-safe.

Built to LastGravid 3.0 features a double-stitched grid design along with 7-layer construction to ensure the weight stays evenly distributed for a lifetime. No leaking beads, no shifting weight...ever.

When can I expect my weighted blanket?

Once your order is placed, we ship it out from our Mississauga, Ontario warehouse the same day if ordered before 12pm EST, otherwise, within 1 business day. We ship by Canada Post and UPS.

You will receive an email with your tracking number once processed, usually within 24 hours of placing your order.

You will receive an email with your tracking number once processed, usually within 24 hours of placing your order.

How Can a Weighted Blanket Help Me?

"participants had an improved sleep, where they felt more refreshed in the morning."

"individuals who used the weighted blanket reported significantly greater reductions in distress than those who did not."

"63% reported lower anxiety after use."

Once you receive your blanket, you have 100 nights to try it out.

The Gravid weighted blanket uses deep touch pressure stimulation to help you relax and drift to sleep. However, it can take some time for your body to completely adjust to your new weighted blanket.

We recommend that you ease into it by using it a few hours at a time (while watching TV, reading a book, etc...) before using it for a full nights rest.

We highly recommend you sleep with it for at least a week to give your body a chance to adjust. If for any reason you are not satisfied with the item, ship it back to us and we'll refund you 100% of your purchase price.